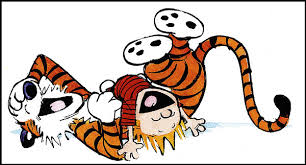 There are moments in life when moods don’t make sense and when you try to explain what or why it struck you, it’s inexplicable – and being under the influence doesn’t count ’cause that gives an explanation – an escape clause if you will.

Many years ago, I was watching a movie with my brother – I know I have several, but I’m naming names, he knows who he is, as do I… anywho, it was an old Arnold Schwarzenegger movie, and we laughed through the whole thing. I’m telling you, the movie was freakin’ hilarious. I shared the hilarity with my significant other at the time, but told me, after watching it for himself, with high expectations of immense entertainment, that it wasn’t that funny at all.

Puzzled, I rented the movie and watched it for a second time thinkin’ ‘huh, it really wasn’t that funny, in fact, it was you, know, typical Arnie with a lot of bad puns and over dramatized shoot-’em-up scenes. But hey, don’t knock it, it’s Arnie, and I love Arnie movies. “Well, it was funny then… I guess you had to have been there.” It was the only explanation I had.

I know now that it was the combination of me, my brother, late night tele, and just the comaradarie of fun that made the movie so funny. I s’pose that combination is a phenomenon in and of itself.

My children, paired with certain siblings amongst themselves have in recent past, shared similar experiences. Instead of psychoanalyzing it, I say sit back and enjoy the private times, where, after all is said and done, and you look back chuckling to yourself, realizing that what happened wasn’t really funny at all. Don’t try to explain it; somehow, something magic happened – so just go with it.